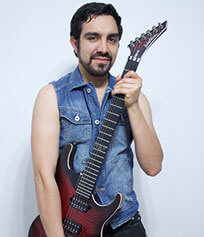 From the land of sombreros, cactus and tequila, these five pistoleros will make you scream with blasting heavy metal! Created in 2005, with three albums released (Psycho Samurai, Street Law, The Devil’s Bandit), Split Heaven is one of the most solid bands in the actual heavy metal scene. They combine thundering speed, ’80s metal riffs, battle solos and high-pitched vocals to create a vicious monster ready to bite, infect and spread the word of Heavy Metal.

They’re currently recording the 4th album with new singer Jason Conde-Houston and will release it between 2015 & 2016.