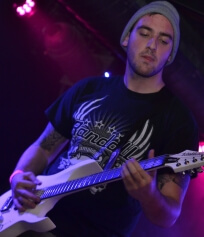 THE EARLY YEARS (1995-2000)
In 1995, four young musicians from the small town of Seini (MaramureÅŸ County) in Romania laid the foundations of a new musical project they called DIRTY SHIRT. At the time, their music was a combination of diverse elements, such as progressive, alternative, power metal, hardcore, etc. They band quickly earned itself a good reputation in the Romanian underground, especially due to its pretty busy live schedule. It included several tours and the participation at well-known competitive festivals (Samfest, Samus Rock, Posada, Young Rock for Youngs, Metalfan, ConstelaÅ£ii Rock, and so forth) where they won several prizes. Additionally, their first demos received positive reviews in the specialized media.

THE NEW DIRTY SHIRT (2004-)
Although band members were “scattered” in different corners of Europe, DIRTY SHIRT reunited in 2004. They also made several adjustments to their music. The demos released in this period brought to the fore several new musical elements, such as industrial metal and hardcore spiced up with folk, funk, and electronic influences. In the following years, the band had a busy live schedule, having many shows in Romania, Hungary, France and Belgium. They embarked on several national tours with important bands such as Tripod (FR), Babylon Pression (FR), Zeroscape (CAN) and Superbutt (HU). Additionally, they were also invited to play at major rock festivals in Romania (Maximum Rock, Samfest, Rock la MureÅŸ, Top T and East West Fest) where they shared the stage with many great bands such as Overkill, UDO, Crematory, Lake of Tears, etc.

In the summer of 2012, DIRTY SHIRT recorded their third album “Freak Show” at several studios in Romania and France. It was mixed and mastered by Charles “Kallaghan” Massabo at 118 West Studio in Los Angeles. Since its release in February 2013, the album has received unanimous praise in both Romanian and international media outlets. The first single “Freak Show” was included in the social game RockStar Rising (Facebook, iPad), and two additional songs will be soon included in the music game RockBand as well. Furthermore, the song was the subject of an international remix contest with Propellerhead and Kallaghan Records as sponsors/partners. Four music videos have been released in 2013, all of them being available online on various media platforms (“SÄƒracÄƒ Inima Me / Poor Little Heart of Mine”, “Freak Show”, “Bad Apples” and “Ride”). Last but not least, the band completed two Romanian tours and one European tour in support of the new album, which included over forty shows.
In 2014, as winner of the Wacken Metal Battle competition in Romania, Dirty Shirt participated in the international competition at Wacken Open Air in Germany, where they took 2nd place, which is a notable achievement not only for the band itself, but also for the Romanian metal scene in general. In the meantime, the band have been hard at work on their next studio album “Dirtylicious”, a very ambitious project that will include a four-piece folk band. In addition, the tour in support of their latest album “Freak Show” continues with dozens of shows in Romania and other European countries. Another notable step forward was the signing of a management and booking (for Romania) deal with Promusic Events.