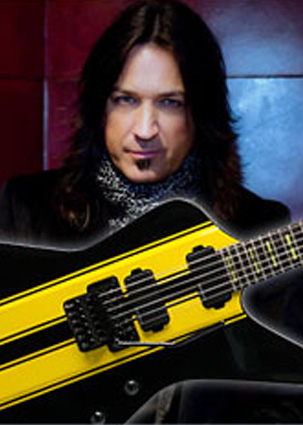 When you’ve fronted one of the most trailblazing groups of the MTV generation, written a stable of Billboard charting singles, filled arenas all the world over, said goodbye at the peak of it all, took stock in a thriving solo career, got the band back together for yet another record breaking run and even took a stint co-leading one of the most legendary classic rock acts ever, then you undoubtedly have a story to share. But there’s still much more to Michael Sweet than selling over 10 million albums with Stryper or formerly singing and guitar slinging for Boston. There’s an equally riveting behind the scenes story packed to the brim with triumph, heartbreak and redemption that’s finally being told with unvarnished candor through not only the musical means of the solo CD I’m Not Your Suicide, but also the immensely anticipated autobiography Honestly, both of which came out last year.

Stryper remains hard rock’s best kept secret. However, that secret has been hidden in plain sight for far too long. Sure they’re Christian, but they’re also decidedly metal. That’s the first thing that should come to mind when you think of the black and yellow stripes as well as immortal hits such as “To Hell With The Devil,” “Calling On You,” “Free,” “Honestly” and “Always There For You.”

The iconic quartet—Michael Sweet [vocals, guitar], Robert Sweet [drums], Oz Fox [guitar], and Tim Gaines [bass]— have built a formidable catalog since first forming in 1983. They’ve sold over 10 million albums worldwide, garnered GRAMMY Award nominations, scored DOVE Awards, sold out arenas everywhere, and inspired one of the most diehard fan bases in history. The band’s signature style of overpowering melodies, harmony solos and thunderous rhythms is certainly its trademark, but it hits harder than ever on 2013’s No More Hell To Pay.

Stryper’s new album “Fallen” is scheduled to launch oct 16th on Frontiers records. Michael has also signed a deal with RatPak Records and will be releasing a new solo album April/May of 2016.