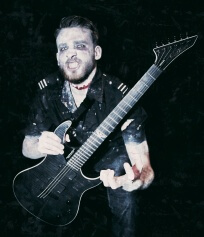 It was supposed to be an easy day in the life of local police man Oliver Dusolt as he drove to work in his rickety dodge. What no one knew… this should be the day the Zombie Apocalypse takes it rotten grasp around shattered planet earth.

Infected and with nothing else left to do than spreading panic amongst human kind’s last remains he decided to call it a day and pursue his single greatest obsession… THRASHING METAL MADNESS!!!

Only two years, several tours and festivals later, WILD ZOMBIE BLAST GUIDE are releasing their second full length output “Salute the Commander” worldwide and Zombie Apocalypse is about to be fully accomplished. Beware of OFFICER Z!!!