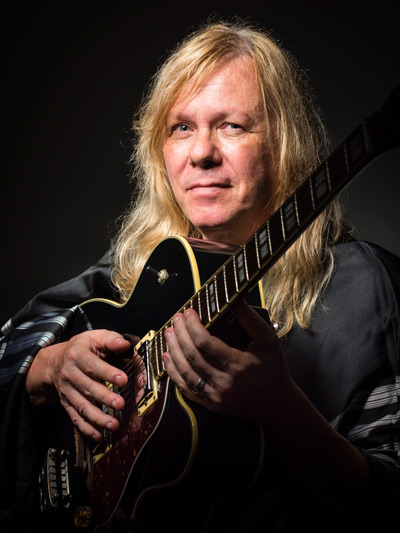 Arranger and composer, Victor Biglione is one of the best acoustic and electric guitar players of his era. Biglione was born in Argentina, but he moved to Brazil at a very young age and has lived there for the last 30 years.

While attending Berklee College of music, Biglione developed a unique mixture of influences and became a lover of American Jazz. Naturally, he carries the sophistication of the Argentinean music style. Spiritually, he deeply comprehends the sensual Brazilian beats and grooves. Biglione is, no doubt, an absolute Latin/Brazilian Jazz Artist.

Victor Biglione has a great history in the world Jazz scene. He has many albums released worldwide and various international performances. In 1986, he released his first album by Warner Chapel Brazil. A year later, he recorded “Baleia Azul” by Warner Latina USA. Both CDs presented at Brazil Free Jazz Festival.

After two other records released in 1994, he completed a new album titled “Biblioteca” under the American record label Tech Records. He toured this album in Canada and participated at the main jazz festivals of this country. He also toured in the United States, performing at the Blue Note Jazz Club in New York City and at the Le Café in Los Angeles.

Biglione continues to expand his international career throughout the years. In 1994 he received an invitation of endorsement from Washburn Guitars. In 1995, supported by this company, he was invited to participate, as the only Latin Jazz Artist, at the NAMM International Music Conference in California.

That same year, he participated at the Montreux Jazz Festival. Two years later, he released “Live in Montreux” by Leblon Records Brazil. In 1996, he recorded his ninth album – “Maquette Brazil.” It was released by Sony Latin Jazz USA and released it at the Montreal Jazz Festival.

In addition, Biglione recorded and performed with many international artists. Biglione recorded with John Patitucci, Steve Hackett (Genesis), Lee Konitz, Manhattan Transfer; on the album “Brazil” in which it won a Grammy Award. He also recorded with Milton Nascimento on the album “Crooner” which won a Latin Grammy Award. He has performed with various artists such as Sergio Mendes, Ivan Lins, Eumir Deodato, and Paulinho da Costa.

Victor Biglione showed his passion for Cinema after well-succeeded experiences in soundtracks for movies. He won the award for best tracks in different festivals. First, at the Rio Cine International Festival/ 1990; a movie directed by Murilo Sales’ Faca de Dois Gumes (Two-Edged Knife). Second, he won the Gramado International Film Festival/1996 Awards; with a movie track, Como Nasce os Anjos (How the Angels are born). His interest in Cinematic music was so strong; Biglione decided to create “Cinema Acoustic.” With this most recent album, Biglione made new arrangements of famous international soundtracks.

Biglione has been an artist of great reputation. In 1997, Andy Summers, the well-known guitar player of The Police Band, invited Biglione to record a duo album. A year later, his twelfth album “String of Desire” was released by BMG and distributed worldwide. After receiving great press reviews, Summers and Biglione decided to tour. Latin America and Brazil were their first choice locations. They performed at different venues such as Acarajazz Festival in Brazil and at the Hard Rock Café in Argentina.

In 2001, between tours and other activities, Biglione finished recording the “Live in Montreal” with Marcos Valle, a respected Brazilian composer who created a well-known composition “Summer Samba.” Victor Biglione and Andy Summers completed the “String of Desire” tour, participating in different festivals throughout the USA, including the New York Guitar Festival in 2002. Biglione and Summers then recorded a second album, reinforcing the magic of this duo. In 2004 Victor Biglione partnered with the great pianist and arranger Wagner Tiso and released an album with him.

Who he has played with:
He recorded and played with some of the biggest names in international music, including: